Our Lady of Częstochowa 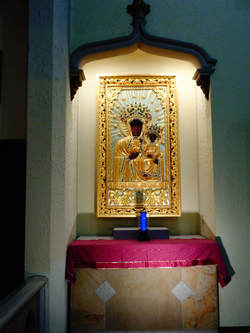 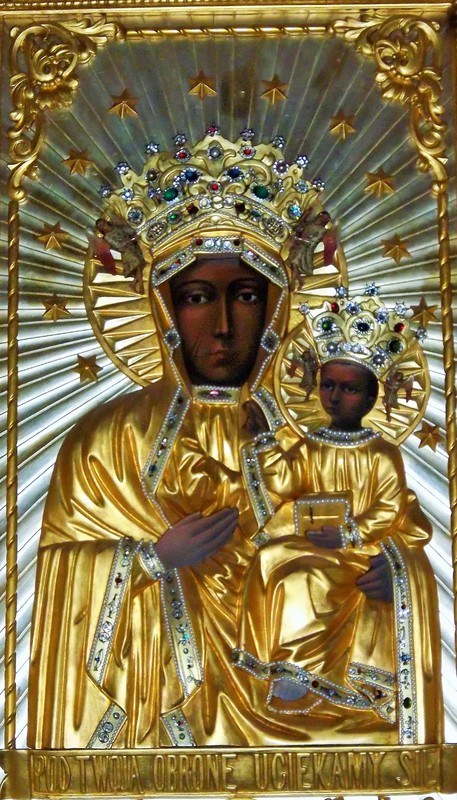 ​This beautiful icon of Our Lady of Częstochowa has graced St. Hedwig’s Church since 1941.  The following is some of the history.

“For more than half a century, she has held a place at St. Hedwig Church and in the hearts of the Polish-American parishioners who worship there.  She is the Black Madonna.

A splendid reproduction of Poland’s most revered icon of Mary and the Child Jesus hangs with stately majesty over the Blessed Virgin’s altar at the east Erie church.

The Black Madonna at St. Hedwig’s has its roots in Częstochowa.  In fact, it was created there.

Father Kozlowski said the late Msgr. Francis Robaczewski, the founding pastor of St. Hedwig’s knew a Vincentian priest who had connections with a talented artist in Częstochowa.  Arrangements were made and the artist was commissioned to do the work.

Painted glass stones were used to adore the crowns and robes.  The work is hand-painted and includes the Polish words “Pod Twoja Obrone Uciekamy Sie,” beneath the Mother and Child.  Translated, the words mean “Under your protection.”

The painting was delivered and installed above the main altar at St. Hedwig Church in 1941, about a year after the work was commissioned.  “When I came to be pastor years later, we decided that the painting should be moved closer to the people,” Father Kozlowski explained, “so we moved it to Mary’s altar.  That worked out nice because the people have a great devotion to Our Lady of Częstochowa.”

Another article “A symbol of indestructible faith,” by Ellen Rainey of the - Erie Daily Times – unknown date:

“A magnificient reproduction of this work is hung over one of the side altars at St. Hedwig’s Church.   There is also a splendid copy in tapestry hung behind the main altar.  St. Hedwig’s founder, Monsignor Francis Robaczewski, yearned for their presence in his church.  But it was only until 1930, almost 20 years after the original St. Hedwig was built and just after the completion of the fine, stone structure it is today, that the reproductions were mounted - secured through the efforts of the Czajkowski and Sutula families.”


Other sources have said that the jewels and stones surrounding Our Lady of Częstochowa were given from the rings and jewelry of the Parishioners. 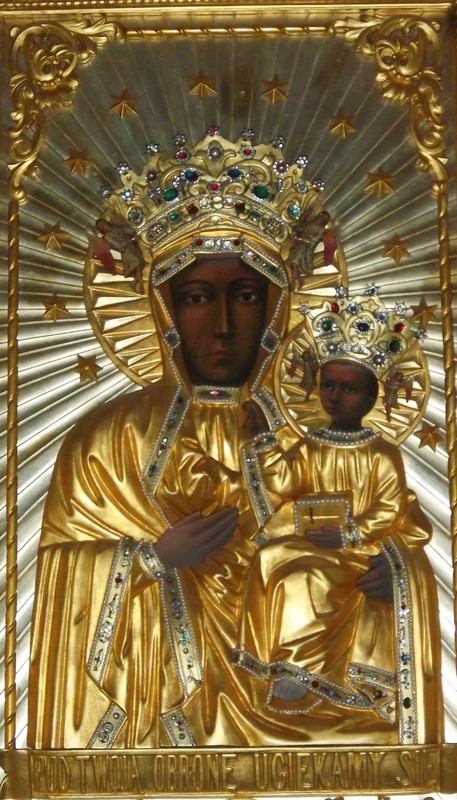 For More on the story of Our Lady of Częstochowa Click on this link from the Polish American Journal.
Proudly powered by Weebly