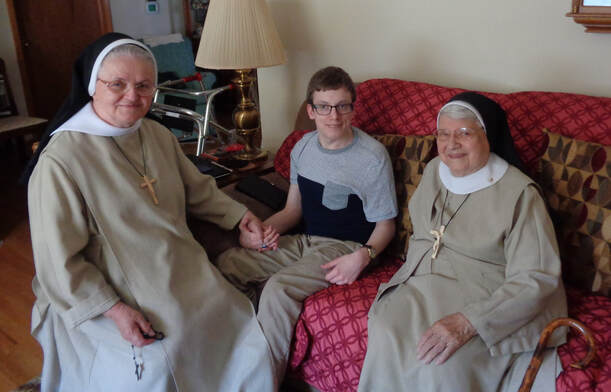 With Sister Josanne Buszek right and her longtime associate, Sister Blaise Surlas on Memorial Day 2018.
I am S.M. Josanne Buszek.  I was baptized as Eleonore Bernadette Buszek, the youngest of sixteen children that were baptized in St. Hedwig’s Church.  I only know of thirteen, since three had died before I was born.
My parents were avid parishioners, Frank Buszek and Victoria Nitczynska Buszek.  Both were born in Poland and met in the United States and married in the United States.  If I am not mistaken, my father was a Trustee and was the first to be buried in the new Church.  His funeral was in the basement of the “new” Church because the upper church was not quite completed.
All of us children attended St. Hedwig’s School and were taught by the Felician Sisters.
My brother John was married in St. Hedwig’s Church to Eleanore Przybysiewska and all my sisters were also married there.
Those were hard times for my mom, being a widow with thirteen children without any pension or Social Security.  It was not in existence at that time.
One precious thing I remember was after High Mass on Sunday, my mom would read the Polish Bible and Polish History.
We were poor, but none of us felt that way, because we loved each other and helped each other.
Also, when we were older and dating, my mother made sure we went to the evening devotions.  She would sit in the last pew until she saw we were all there, then she would go to her own bench.
With all of these “kids,” she still allowed us to bring our friends, roll up the rug, and dance Polkas!  The children in the neighborhood called her “Mama Buszek.” Wow! What a great mom we had.

My Religious Calling
I was dating boys and going to a lot of dances – but – in my Junior year at East High School, things changed.  I was a Sodalist in the Parish and liked to be in processions.  This was Holy Thursday; on Easter Sunday at the 6 am Resurrection Mass, I received a message from the Lord.  “Leave everything, and follow Me.” Wow! That feeling really touched me.  So, after the Resurrection Mass we had the blessed eggs and kielbasa.  That’s when I told my mom it was my last time home at Easter.  She thought I was crazy along with my brothers and sisters.  She asked, “Aren’t you going to finish High School?”  I said “No, I’m going to the convent in Buffalo to be a Felician.  They have a High School there so I could finish my Senior Year there.”  In May of 1949 I went to Buffalo and received all the information I needed. I was told I could enter in July 1949. So on July 24, 1949, I became a candidate of the Felician Sisters.  In 1951, I became a Novice and received my new name, Sister Mary Josanne.
During my young years, I attended Canisius College for Theology.  I received my Bachelor’s Degree at Rosary Hill College (that is now Daemen College,) and my Master’s Degree in Social Work at the University of Buffalo.
I was a Child Care Worker at the Home for Children – and taught twelve years in the Elementary School.  After my Graduation with a Social Work Degree, I worked in the Home for Children as a case worker.
In 1980 I was asked by Bishop Edward Head of Buffalo to open the Office for the Disabled in the Diocese of Buffalo through Catholic Charities.  I also was a supervisor for the Group Home (for High School from the girls at Immaculate Heart of Mary Children’s Home and then with the permission of the Welfare Department of Buffalo.)  We extended care for the girls if they chose to go to College. The Home had them live in apartments until their two years of College was complete; then the apartments were theirs.
During my work at Catholic Charities Buffalo, working with the disabled, I got to know a program called Victorious Missionaries – from the National Shrine at Our Lady of Snows in Belleview, run by the Oblate Fathers.  Buffalo became a chapter of the VMS run by the Oblates.  This program gave opportunities for Religious Programs, Retreats, and Social Life.  To this day I am still involved with the organization.
In 2002 I was asked by Bishop Grosz to visit the sick in St. Stanislaus Buffalo Parish.  These people are in private home, nursing homes, and hospitals.  This was the lst Polish Parish in Western New York.
My entire life as a Felician, I was a Teacher in elementary grades, Child Care Worker, Case Worker, Director of Food Service in the Infirmed Felician Sisters at Villa Maria Buffalo, for the elderly of St. Stanislaus Parish and now I am semi-retired. 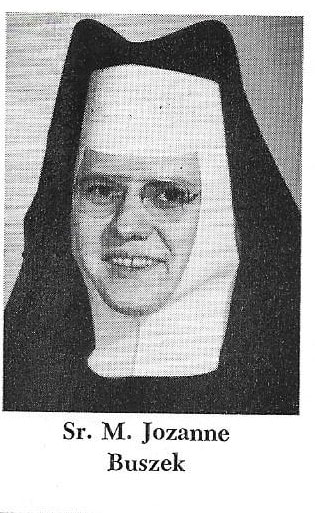 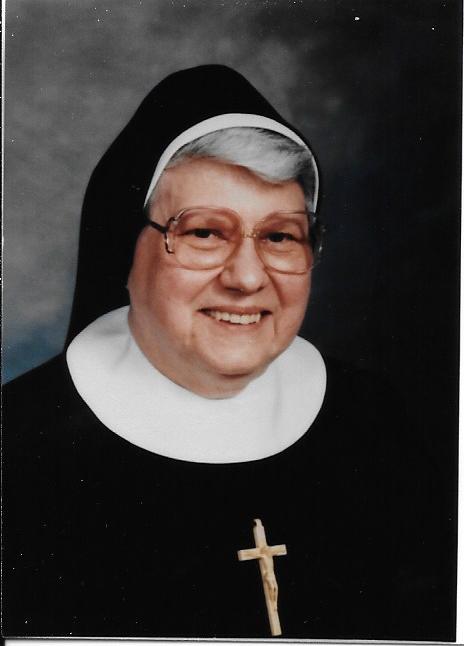 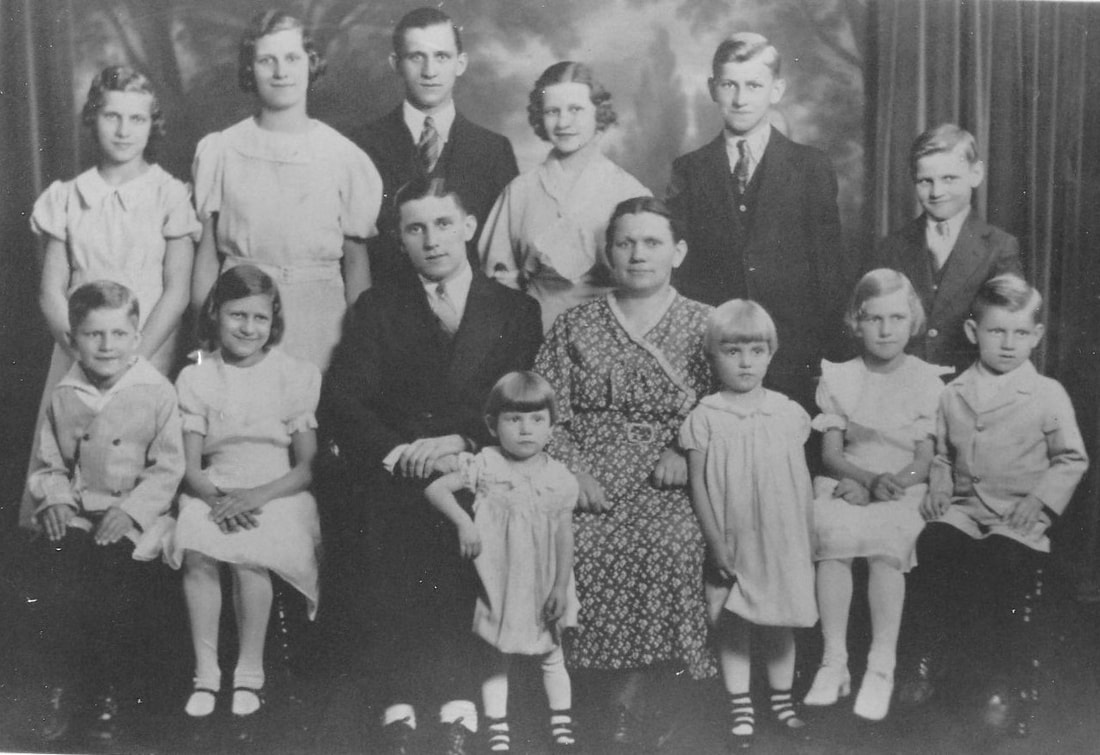 The Buszek Family. Sr. Josanne is the youngest.
Powered by